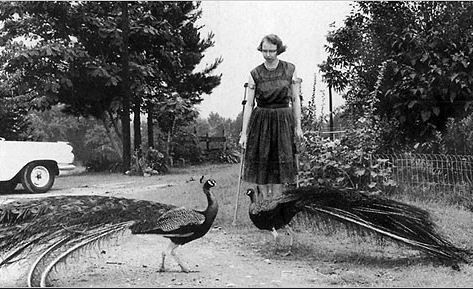 Glibness is the great Danger in answering people's questions about religion. I won't answer yours because you can answer them as well as yourself but I will give you, for what it's worth, my own perspective on them. All your dissatisfaction with the Church seems to me to come from an incomplete understanding of sin. This will perhaps surprise you because you are very conscious of the sins of Catholics; however what you seem actually to demand is that the Church put the Kingdom of Heaven on Earth right here now, that the Holy Ghost be translated at once into all flesh. The Holy Spirit very rarely shows himself on the surface of anything. You are asking that man return at once to the state God created him in, you are leaving out the terrible radical human pride that causes death. Christ was crucified on earth and the Church is crucified in time, and the Church is crucified by all of us, by her members most particularly because she is a Church of sinners. Christ never said the Church would be operated in a sinless or intelligent way, but that it would not teach error. This does not mean that each and every priest won't teach error but that the whole Church speaking through the Pope will not teach error in matters of faith. The Church is founded on Peter who denied Christ three times and couldn't walk on the water by himself. You are expecting his successors to walk on the water. All human nature vigorously resists grace because grace changes us and the change is painful. Priests resist it as well as others. To have the Church be what you want it to be would require the continuous miraculous meddling of God in human affairs, whereas it is our dignity that we are allowed more or less to get on with those graces that come through faith and the sacraments and which work through our human nature. God has chosen to operate in this manner. We can't understand this but we can't reject it without rejecting life.

Human nature is so faulty that it can resist any amount of grace and most of the time it does. The Church does well to hold her own; you're asking that she show a profit. When she shows a profit you have a saint, not necessarily a canonized one. I agree with you that you shouldn't have to go back to centuries to find Catholic thought, and to be sure, you don't. But you are not going to find the highest principles of Catholicism exemplified on the surface of life nor the highest Protestant principles either. It is easy for any child to pick out the faults in the sermon on his way home from Church every Sunday. It is impossible for him to find out the hidden love that makes a man. In spite of his intellectual limitations, his neuroticism, his lack of strength, give up his life to the service of God's people, however bumblingly he may go about it…

It's our business to try to change the external faults of the Church— the vulgarity, the lack of scholarship, the lack of intellectual honesty— wherever we find them and however we can. In the past ten years there has been a regular rash of Catholic self-criticism. It has generally come from high sources and been reviled by low. If the same knowledge could be shared uniformly in the Church we would live in a miraculous world or belong to a monolithic organization. Just in the last few years have Sisters teaching in parochial schools begun to get AB degrees. Doubtless the good soul who didn't know papal history would never believe it if she read it anyway, but there are plenty of Catholic sources, all with the Nihil Obstat, that she could pick it up in. The Church in America is largely an immigrant Church. Culturally it is not on its feet. But it will get there. In the meantime, the culture of the whole Church is ours and it is our business to see that it is disseminated throughout the Church in America. You don't serve God by saying: the Church is ineffective. I'll have none of it. Your pain at its lack of effectiveness is a sign of your nearness to God. We help overcome this lack of effectiveness simply by suffering on account of it.

To expect too much is to have a sentimental view of life and this is a softness that ends in bitterness. Charity is hard and endures; I don't want to discourage you from reading St.Thomas but don't read him with the notion that he is going to clear anything up for you. That is done by study but more by prayer.